Balance over control; The battle with food and the influence on children

The unrealistic expectation of “self” in a body conscious society

“Some days I go to the gym and eat salad, other days I eat donuts and refuse to put on pants, it’s called balance”.  This is one of my favourite quotes!

We live in a society that is obsessed with people’s weight over actual lifestyle. The sad reality is that people judge you for being too fat or too thin. I would never admit to having had an eating disorder or even having control issues, but over the years like many I have battled with yoyo diets, exercise fads and food phobia.  When I look back it is clear that my escape from it was more luck than judgement and I could have easily fallen into a dangerous place.

Descending from Italian heritage within a family where meal times and food was the pinnacle of everything and over feeding was a tradition, I quickly developed an aversion to meal times from a very young age. My parents panicked and I was taken to see various doctors and specialists who prescribed me with everything from appetite stimulants to nutritional supplements.  As a young adult I continued my battle with food and exerted control over everything that passed my lips. From carefully measuring out food portions, assessing the calories and fat content of everything I bought and ate, through to actually starving my body for days because I’d “slipped up” one day and ate a donut. The starving was my form of punishment.  If I had what I considered a “bad day” of eating the entire week would feel a waste and I would feel a complete failure.  I would bite into food and throw it away to control how much I would eat of it and I would avoid going out for meals with friends because I didn’t want to be questioned when I ate next to nothing. We live in a society that is obsessed with people’s weight over actual lifestyle. The sad reality is that people judge you for being too fat or too thin. I would never admit to having had an eating disorder or even having control issues, but over the years like many I have battled with yoyo diets, exercise fads and food phobia.  When I look back it is clear that my escape from it was more luck than judgement and I could have easily fallen into a dangerous place.

The reality was it was very little about losing weight as I had none to lose. I didn’t hate my body and I didn’t show signs of low self-esteem. The truth of the matter was it was more about the control I had over food. And here’s how I know this. Every time life hit me with a problem beyond my control I would control the only thing I felt I could control.  Where some may relate to this in terms of “comfort eating” I was doing the extreme opposite. The lowest point was after the loss of my mother.  She had worried about my eating for as long as I could remember but she also had a very negative outlook on weight gain and was constantly dieting herself.  She would on the one hand try to make me eat more and yet by the same token was quick to tell me if I was getting “a bit chubby”.  What were without a doubt fairly harmless off the cuff remarks were unknowingly having deeper more damming effects.  It is evident that I quickly absorbed her beliefs around food and weight gain and through these conflicting messages I created my own issues.

After she died I controlled my food like never before.  I went down to my lowest weight ever and I was even turned away from joining a weight watchers programme. I ended up with all sorts of health issues which finally culminated in surgery and that was when reality hit me. I changed my outlook and embarked on the most enlightening journey of my life.  I discovered new ways to exert control in my life through yoga and healing and went on to study anatomy and physiology and learning about the benefits of nutrition.

Now years later and without thought, the realisation of history repeating itself fills me with dread.  How can I control this from happening to my children?  As parents the influence you have on your children’s outlook is phenomenal. They naturally absorb your beliefs whether positive or negative.  Without realising I have nurtured an extremely fussy 6 year old.  Meal times have always been a battle and never a pleasant experience.  At school during his early years he had already been on “Lunch Watch” because of his lack of eating and eventually it was agreed he should be on a packed lunch.  I felt overwhelming disappointment and like I had somehow failed him.

As a parent I no longer force him to eat like I used to do. I’m ashamed to admit that I did and I had adopted a similar pattern to that of my parents. Now I make sure I disguise good foods in his diet where possible so I know he is getting some nutrition and I focus his attention on exercise and being fit and strong.  He is still very fussy but we don’t make an issue out of it.  When your 6 year old is asked to describe you in one word and he chooses “Strong” you know you are back on the right track and setting him a more positive example.

Nowadays I still exert an element of control in the food I eat. I spend 60% of my time on a dairy free, wheat free, gluten free, grain free, sugar free diet but the difference is for the remaining 40% of the time I eat what I like without the guilt.  I am also very conscious that I don’t inflict my food choices on my children.  I eat excessive amounts of “good foods” and never restrict my intake.  I have found a series of group exercise programmes which push me to my limits and allow me to regain control in a far healthier way.

The moral of the story is regardless of whether you deem yourself as over-weight or under-weight its ultimately about balance over control, lifestyle over diets and as parents ensuring that we are actively promoting positive eating habits and connotations to food.

A New Year Awakening: My 3 tips for the year ahead 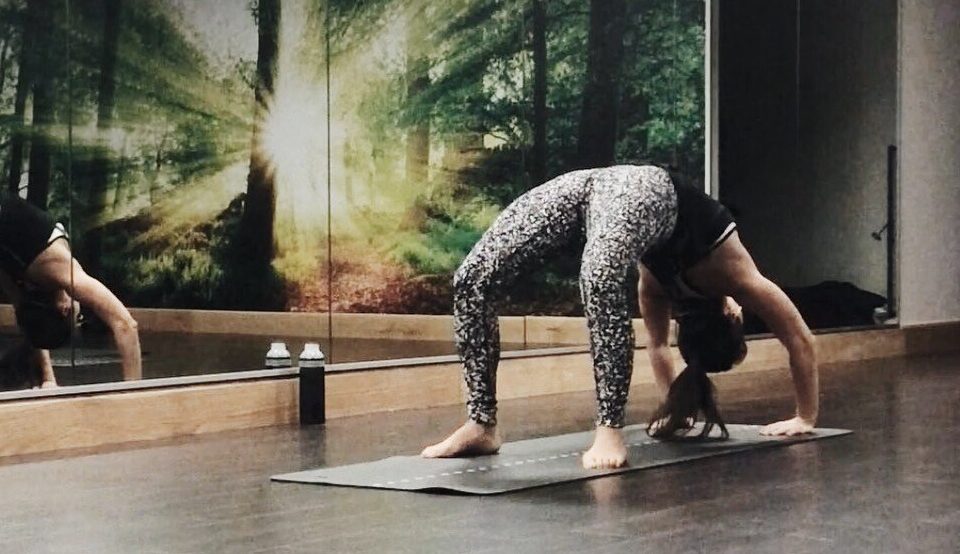 Could you be over stretching?

Is your lack of commitment holding you back?

Read more
Get in Touch
0
We use cookies on our website to give you the most relevant experience by remembering your preferences and repeat visits. By clicking “Accept All”, you consent to the use of ALL the cookies. However, you may visit "Cookie Settings" to provide a controlled consent.
Cookie SettingsAccept All
Manage consent

This website uses cookies to improve your experience while you navigate through the website. Out of these, the cookies that are categorized as necessary are stored on your browser as they are essential for the working of basic functionalities of the website. We also use third-party cookies that help us analyze and understand how you use this website. These cookies will be stored in your browser only with your consent. You also have the option to opt-out of these cookies. But opting out of some of these cookies may affect your browsing experience.
Necessary Always Enabled
Necessary cookies are absolutely essential for the website to function properly. These cookies ensure basic functionalities and security features of the website, anonymously.
Functional
Functional cookies help to perform certain functionalities like sharing the content of the website on social media platforms, collect feedbacks, and other third-party features.
Performance
Performance cookies are used to understand and analyze the key performance indexes of the website which helps in delivering a better user experience for the visitors.
Analytics
Analytical cookies are used to understand how visitors interact with the website. These cookies help provide information on metrics the number of visitors, bounce rate, traffic source, etc.
Advertisement
Advertisement cookies are used to provide visitors with relevant ads and marketing campaigns. These cookies track visitors across websites and collect information to provide customized ads.
Others
Other uncategorized cookies are those that are being analyzed and have not been classified into a category as yet.
SAVE & ACCEPT